Cuticle Tantei Inaba: Just your typical comedy series with one punch line after another. Nothing new. 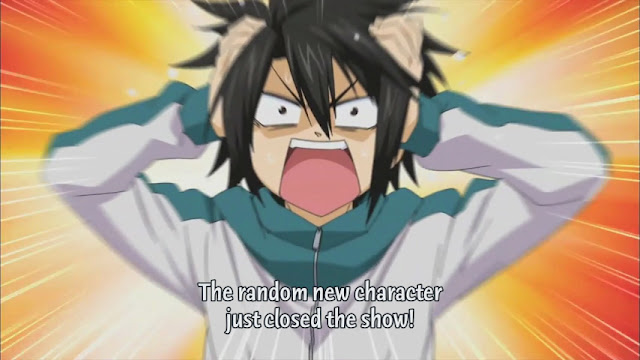 Cuticle Tantei Inaba has truly proven itself to be a senselessly funny series hiding in a serious-looking plot. Or maybe it was just me thinking that it would be serious :P


The first episode practically showed what we're suppose to expect from this series. The story seems pretty mess up yet at the same time hilarious. Inaba Hiroshi (Suwabe Junichi) used to work with the police with Ogino Kuniharu (Morikawa Toshiyuki). He has a special ability to gain information about a person by simply tasting their hair and other more abilities that involves hair. Currently, Inaba is a private detective together with his two assistants, Nozaki Kei (Iruno Miyu) and Sasaki Yuuta (Shimoda Asami) in order to find his brother, Haruka (Saiga Mitsuki). He was hired by the police in order to catch Don Valentino (Ookawa Tooru), a goat who has the ability to make counterfeit money by chewing the real one. 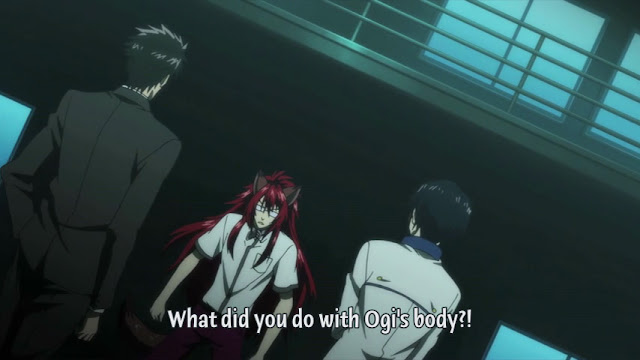 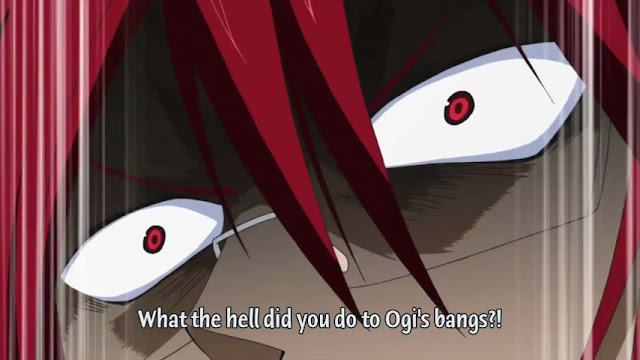 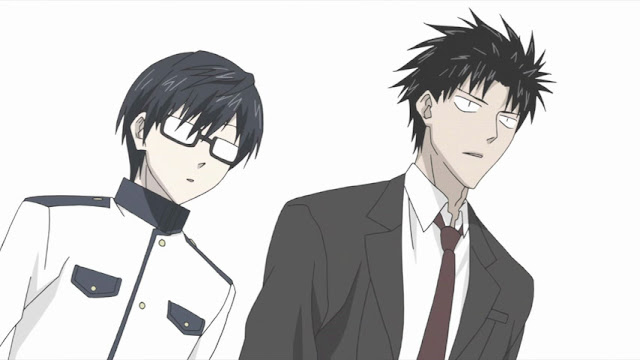 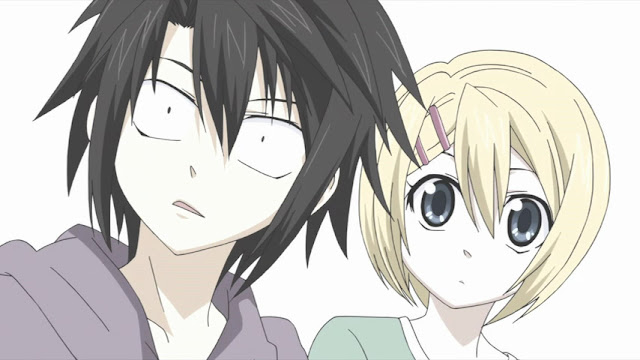 Cuticle Tantei Inaba's characters spell typical comedy act characters headed by Inaba's team of Inaba being the comedy source, Yuuta being the second idiot in command and Kei being the straight man. With their typical line-up they are joined by Don Valentino's seriously weird team which made the series more fun to watch. To complete their comedy line-up, police officer Ogino Kuniharu (Morikawa Toshiyuki) plays the other sane person in the series next to Kei as well as Haruka's team which consists of Yataro (Sugita Tomokazu <- best gag-series VA), Natsuki (Seto Asami) and Soumei (Koyasu Takehito).

Visually, Cuticle Tantei Inaba is pretty pleasant to watch. Their action stunts, punch line delivery scenes and their serious scenes fit in pretty nicely. Character designs works well for a shounen-gag series with their pretty memorable looks (Except Kei, I guess. He's the straight man after all. Kind of reminded me of how Shinpachi and Tadakuni look so plain.).

Overall, Cuticle Tantei Inaba is a fun series with lively characters throwing their crazy lines here and there. It's recommended for people who'd want some shallow characters thrown in a crazy plot and laugh at predictable punch lines.
Posted by czai at 3/25/2013