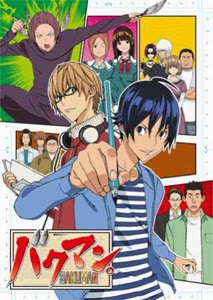 
Moritaka Mashiro and Akito Takagi are pretty much foils of each other. Mashiro, an average 9th grade student but talented artist, and Takagi, an overall advanced 9th grader and aspiring writer. After great convincing, Takagi convinces Mashiro to join him in becoming the greatest mangakas Japan has ever seen. Takagi, with his gift of writing, hopes to become a successful mangaka, and Mashiro, with his gift of art, hopes to marry the girl of his dreams, Azuki Miho.

Bakuman. is perhaps one of the few anime (and manga) that I’ll always be fond of watching (and reading) over and over. In fact, Bakuman. 2 will forever be in my fave anime list. It involves JUMP’s core values of friendship, hard work and victory, executes those values well, adds unforgettable characters, and wraps it up in a very inspiring story of 2 boys achieving a dream in 10 years time.


Looking back at the time when Bakuman. first air waaaaay back at 2010 (not really that long), I actually picked it up because it’s an anime with characters aiming to have an anime based on a manga with characters making manga. Fancy.

After watching a few episodes, I decided to go check out the manga and found myself easily being absorbed by its inspirational aspects. It’s a really beautiful story, in my opinion. It shows you that: having a goal (rather than using ‘dream’ which actually sounds a bit childish and something we really won’t take seriously) and actually doing something to achieve it is living life to the fullest; when you make a mistake, there’s always a way for you to make up for it or do something about it; there’s always someone at your back who’s cheering you on with what you are doing; encountering someone better than you is not the end, it’s only the beginning; there will be people who wants you to go down but hard work and fair play will always be your way out of their wickedness; reaching your goal with hard work is one of the best feelings out there; AND A LOT MORE LIFE LESSONS YOU’LL NEVER FORGET. Believe me. 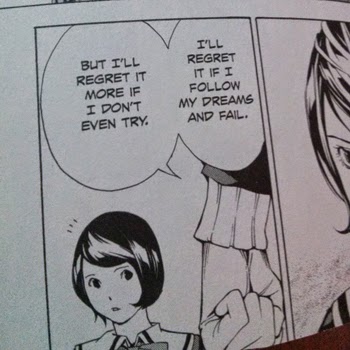 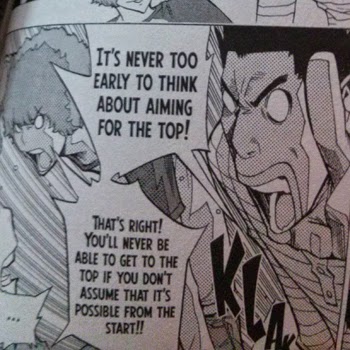 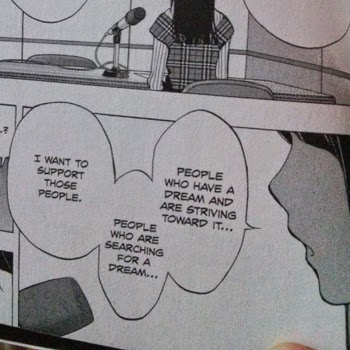 Bakuman. is also one of those series that truly made me cry – I cry from Takagi and Mashiro’s struggles, failures, and mistakes to their success and moments of bliss. I get annoyed at myself sometimes but even though how many times I watch it, I still cry or shed a few tears – even when I’m just randomly browsing the manga and coming across a great moment such as the fulfillment of their dream (like duh!), Mashiro voicing his recognition for all of Kaya’s help, the hot spring chapter, and a few more.

Bakuman. is just that story that you’ll always want to look back to. It’s practically the reason why I can’t seem to let go of this series. When I get into some bad mood, pinch, or whatever else, I sometimes browse Bakuman. episodes to let myself feel a bit better. I’m also completing the manga volumes just for the sake of actually having it (and so I can also browse it whenever I want to. and I’ll go do it right now :3) – I currently have vols 2, 3, 18, 19, and 20. It’s going to be a really looooooong time ‘til I actually get to complete it. 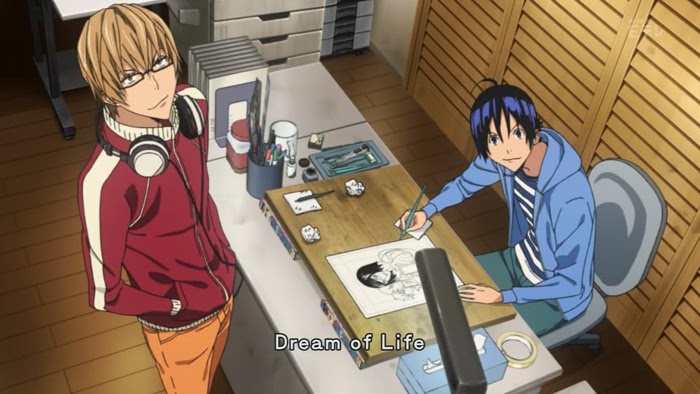