After this episode, only 2 episodes remain. I'd sure be glad if P.A. Works would not disappoint us with some sloppy conclusion. I was glad that after the two disappointing episodes, this one could be considered as a make up for those. Why is it? Like I said, questions are answered and things are finally cleared. Only one question remains for us to look forward to.

First off, I have to admit that the intensity of the sound has never gotten bad to begin with. Even though how bad I consider the last couple of episode, it's only because of the part of the story it presented, but the overall sound and art are still outstanding as it is though the beach episode didn't much shown any of the two. The only thing I liked about the last episode was the great BGM and SFX. This episode sure did stick to that kind of eerie sound most especially the BGM when they finally realized what they have to do. It gives off the difficult-challenge kind of feel to it plus given Kouichi's statement: Can you kill a classmate?

Anyway, this episode opens with Izumi dreaming about Kouichi. I wonder what is it about her dream. Anyway, with Izumi actually going back to scene from her dream to her drama at the dinning area makes me want to go back to the idea that she is the extra person. Remember when Mei said she's so sure that Kouichi isn't the extra student? AND she could actually tell who it is (I knew it!). Now she needs to look at Izumi without that eye-patch ASAP. 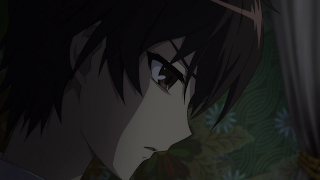 I remember myself questioning the importance of knowing who's dead. I've always been interested to know who it is even though I don't know it's purpose. Now, Matsunaga-san has given us a reason for actually knowing it. I don't know how Mochizuki did it but the tape has been fixed and I was right about Mastunaga-san's confession. He did killed someone. I guess this explains why the extra student for their class was never recorded and found out. At first, I wondered why is that only 2 people were reported but he did explained why. Moreover, this episode also cleared as to why both Reiko and Matsunaga-san can't recall what happened that night. I think that it's because it was the night that the extra student was actually sent back to death and everyone's memories were altered because of it. Remember that the students themselves instantly forgot the extra student? While Matsunaga-san, on the other hand, has probably forgotten about him a couple of weeks later. What happened that night was pure accident but doing it right now could be really difficult. What if they kill the wrong person? O.O

I guess going to the shrine isn't really important at all. Moreover,  going to the shrine has gotten them into a more dangerous position. It seems that now that they're in the shrine, more people are dying and their dying fast, it's scary. Oh and the cliffhanger sure is interesting though I doubt Teshigawara hit the jackpot. It's probably just some accident. Also, could the dead person in the preview by any chance be Kazami? 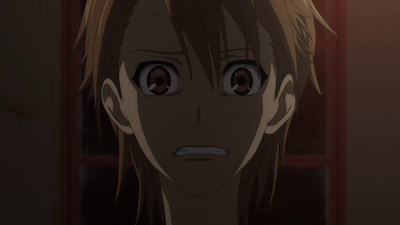 I don't really know if it's anything important but this episode sure did gave us Mei's story and it finally answered my question way back then. SO the one who died at April isn't really her cousin. In fact, she's her twin sister, who became the first victim of the curse. I have to admit that Mei's story was pretty interesting and pretty sad as well though not really sad enough to move me into tears.

Finally, other than the question of who actually is the extra student in their class, I have one final question for this series before it reaches its conclusion. How did the phenomenon started? - I know that some guy named Misaki died 26yrs ago but what I would like to know is that, what is it about his death that made this phenomenon happen? I'm just curious.