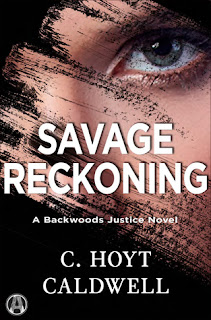 In the vein of Elmore Leonard’s Justified, C. Hoyt Caldwell introduces a thriller series set in the dark side of the Appalachian mountains—featuring a heroine who’s playing both sides of the law.

Deputy Dani Savage would like nothing better than to shoot the wife beaters, carjackers, drug dealers, and all the rest of the low-life good ol’ boys that make policing Baptist Flats, Tennessee, near impossible. Instead, she grits her teeth and serves the God-fearing townsfolk without complaint. The “little deputy,” as she’s known, is often overlooked and ridiculed for being a small-statured woman in a big man’s world. But while investigating a cold case involving a missing teen, Dani stumbles onto some disturbing facts that cannot be ignored.

Soon Dani realizes that this case goes back decades. There’s a history of young women being stolen from the Tennessee hills, and a legacy of corrupt cops looking the other way. Dani’s investigation leads her to the “closeout kings,” a pair of hired killers with a tale to tell—a tale of a missing girl and a crime worse than murder. Somehow these two deranged hit men are Dani’s last, best allies. They know that it’s time for payback—and in the backwoods, justice takes only one form.


A well-developed mystery with strong characters and thrilling progression!


{ 5 things about I LOVE about Savage Reckoning }

Dani Savage.
Deputy Savage, also called Little Deputy, is a strong and independent woman. I like how she faces things and never letting anyone put her down. She may be quite new to their rankings but she really works hard and believes in achieving justice. She was also well established. There's a sense of understanding and a big part of me that's really supporting her when everyone else is looking down on her.

Step & Kenny.
This duo is a combination of all round seriousness and comic relief. These two really made Savage Reckoning not only thrilling and intriguing to read but also part amusing. I especially like Kenny and his endless questions and how he developed after meeting Dani (should I admit that at some point I secretly shipped them? lol). There was also Step's story. I like how well he was established - his background, why he doesn't agree with the taking of little girls, and why he keeps up with Bones.

the Themes.
Two prominent themes: sexism/discrimination and religion/morality.
Deputy Dani Savage is not only being new to the force but is also beautiful deputy that everyone just looked down on her and ended up calling her 'Little Deputy'. Admittedly, I'm a fan of underdogs. As everyone look down on Dani, I root for her even more. The inclusion of religion and the battle between doing what is right but missing out on leads or doing something that's a bit wrong to follow leads was really good. It was perfectly incorporated.

Mystery & Twist.
Honestly, I didn't find the mystery to be very engaging. It was okay. I read on to know what's going on and what Boss is doing. The first half was mostly about building the characters and how they'll met. The remaining half dealt with the mystery and how Dani and her uncle, Otis tries to find leads. The twist was pretty good though. I was so focused on what's going on that I overlooked some things. C. Hoyt Caldwell perfectly misled me as I read and ended up being surprised with the twists at the latter part of the novel.

the Ending.
The ending really made me crave for more. I really want to read more and know how things will go. I like how it isn't limited to Baptist Flats - that Step is actually going all over the world (and how the Philippines is included -- it's  negative thing though. lol).

OVERALL, Savage Reckoning is mystery thriller, crime fiction with really engaging and memorable characters. The mystery wasn't that engaging for me but the themes that were well incorporated and how good the ending was really made up for that. Savage Reckoning is a recommended read.

{ how about you }
How do you like your mystery-thrillers? Do you like female leads? What do you think of crime fiction that incorporates religion? 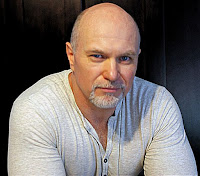 C. Hoyt Caldwell is the author of Bad Way Out. Simultaneously proud of and puzzled by his Southern roots, he isn’t smart enough to be subtle so his work tends to be tasteless and gritty. He’s not out to offend anyone, but he’s also not out to win anyone over, either. His stories are full of sex, violence, humor, and heart.