BTOOOM! 02: girls in survival fights are pretty strong but have scary pasts~ 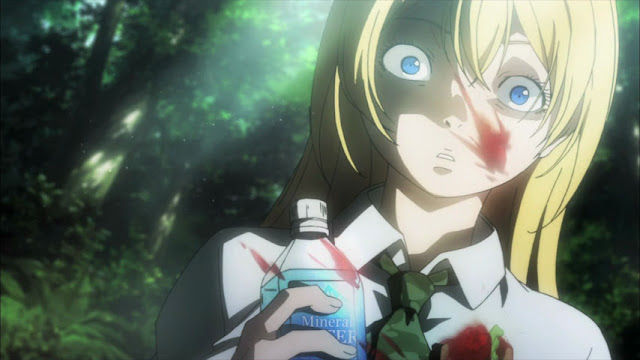 Okay, I'm really getting hooked on this series. Man, this season is really just exceeding my expectations. There're a lot of really great shows. I've only seen a few and I haven't really been fully disappointed on anything.


Now BTOOOM! has got to be one of the few series that surprised me. Disappointments aside, I find this series really interesting. This episode finally introducing to us the main heroine of the series. She's just an average girl with some pretty good fighting back skills, that's for sure. We see how she sees this BTOOOM! survival game situation as a punishment to what she has done to the people around her, particularly to her friends. 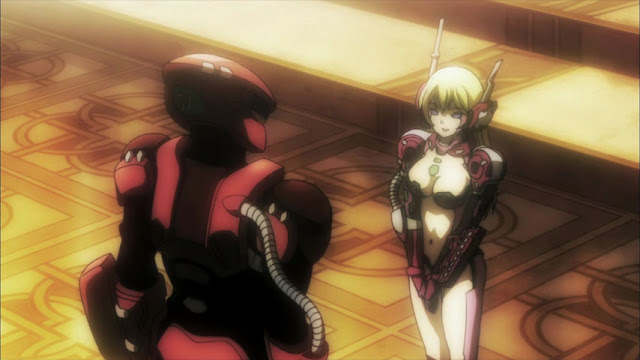 Initially, I thought that Himiko won't have any relations to Ryouta other than a fellow BTOOOM! player. Looks like the player that Ryouta was talking about in ep1 that he married was Himiko. Hmmm… Interesting. I wonder how will they know each other's real identity now that they have met in the survival game…

What happened to Himiko in the first couple of days in the island was really horrible. Okay, she's a girl so there're additional difficulties other than fighting for her survival. Seeing her get raped by that fat-otaku-looking guy was really horrible. I pity her. And throughout the episode, I actually admired Himiko for her courage on fighting back and being able to run and kill for her life. AND remember that she was ready to die just to avoid being raped by the fat guy. I definitely like her~ Now I'm pretty sure that she won't go easy on Ryouta. Unless she finds out that Ryouta is Sakamoto, the highest ranking player in Japan :3

My question last episode was still unanswered but I don't really have complains on that. I'm pretty sure that somehow we'll get to the point wherein things will be explained and cleared. There has to be an interesting reason why this was done to them, how they were selected and how some of the players seem to know that they have to kill each other.

On a final note, I actually disliked the character designs as of this episode. I'm not including Ryouta's design, just those characters in this episode. Particularly the female characters. Ugh. Other than that, I don't really have complains for this series. I'd say that so far, it's been pretty good and interesting. This episode has actually been consistent to its style and the suspense of the things happening is great.
Posted by czai at 10/14/2012