I got this nendoroid last April :3 This is my first time writing a nendoroid review so bear with me here (this sounds like some MAL review. LOL. ifyouknowwhatimean). This post is mostly pictures than text. 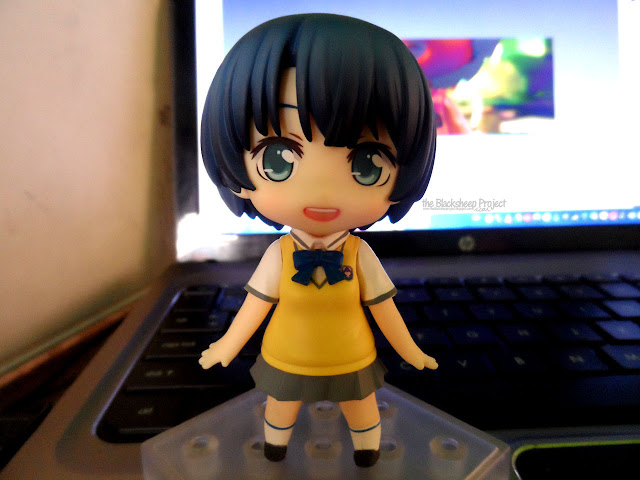 This is Tanigawa Kanna from one of my favorite series from 2012 AnoNatsu de Matteru. Kanna is a friend of our main guy, Kirishima Kaito. She also likes Kaito and would always get jealous whenever Takatsuki Ichika would be around him :3 Now let's take a look at her nendoroid.

Let's look further on her details of her nendoroid :3 She's got some pretty nice parts that's for sure although I do have my complains as well (but that's just me being personal). 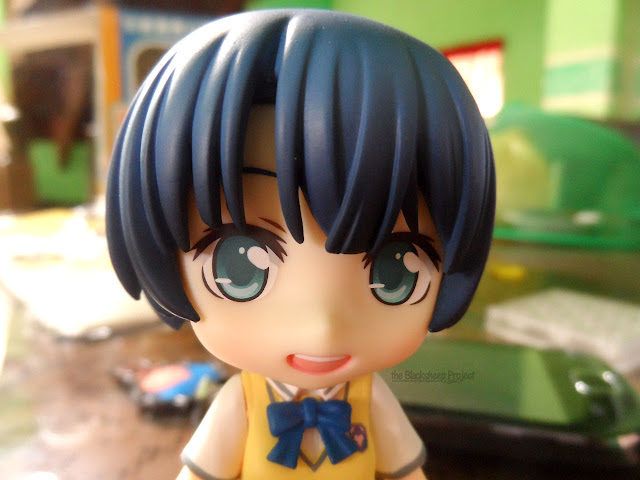 I really love staring at details (not only in figures but also in anime :3). I like the details on Kana's uniform (of course it's the same thing on Ichika's). The patch of their uniform is nicely painted as well as Kanna's inner uniform (or whatever that's called) but some line paints fail (but who cares? lol). The tiny diamond on the sleeves of her uniform is also nicely done which I'll show later. 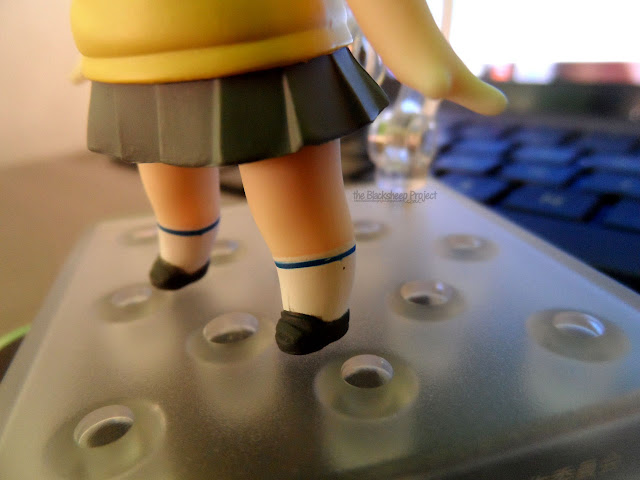 Personally speaking I like how GSC made Kanna's legs compared to Ichika. I find Kanna's legs far easier to move around than Ichika's but maybe  that's just my Ichika. 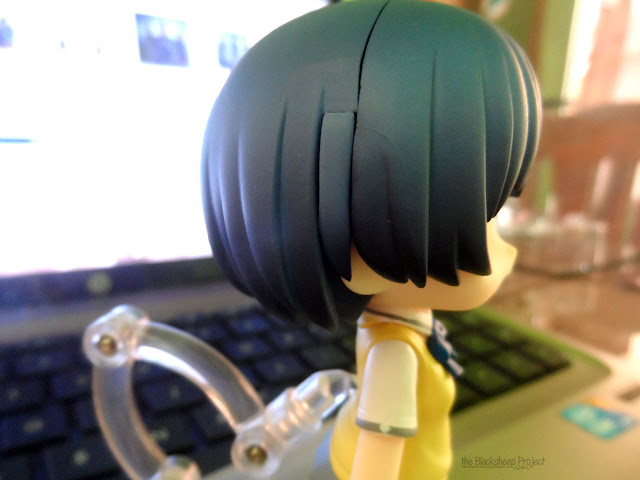 Part of her hair can be removed so that you place her neko-mimi :3 I'll get into that later. 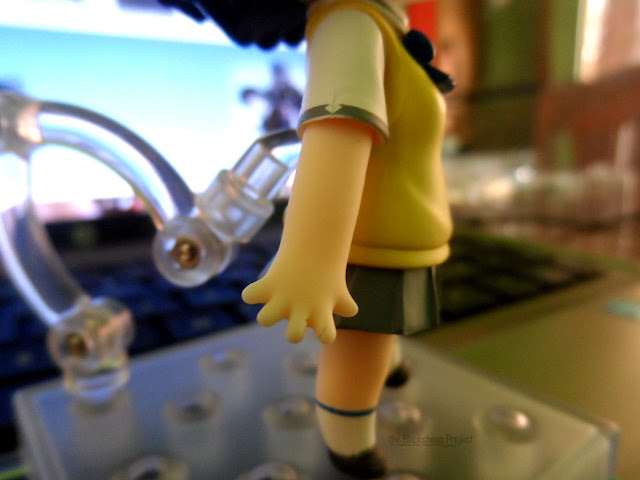 This is what I was talking about earlier. I immediately looked at this part when I got her because Ichika's was a bit messed up. 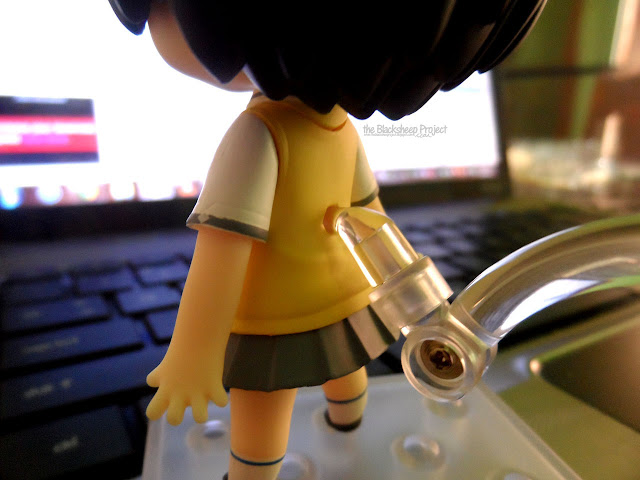 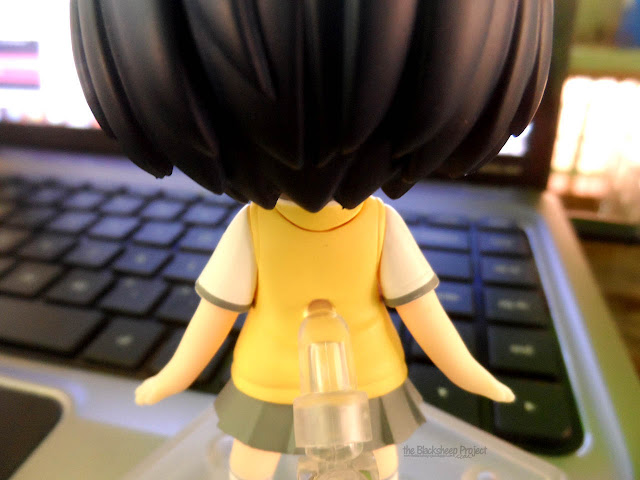 It can be notice that her collar can be removed. This allows Kanna to have an extra 'neck' part so that she can pose better on her extra body part which I'll be showing later. 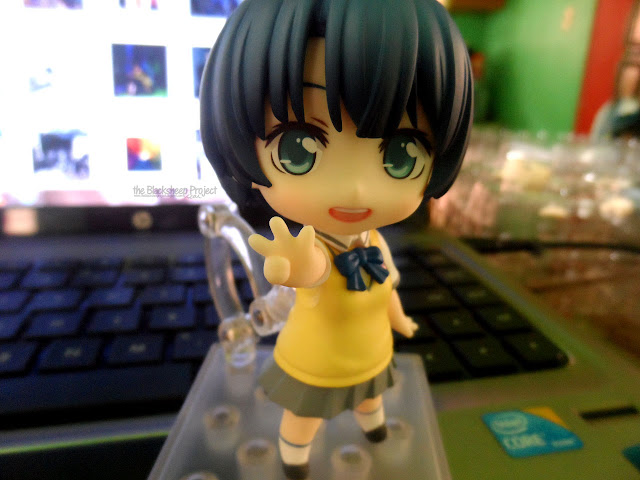 Now this is Kanna doing a 'V'-pose :3 I think this pose was taken from this image too bad I didn't immediately knew. I could have done the exact same pose (*￣m￣) 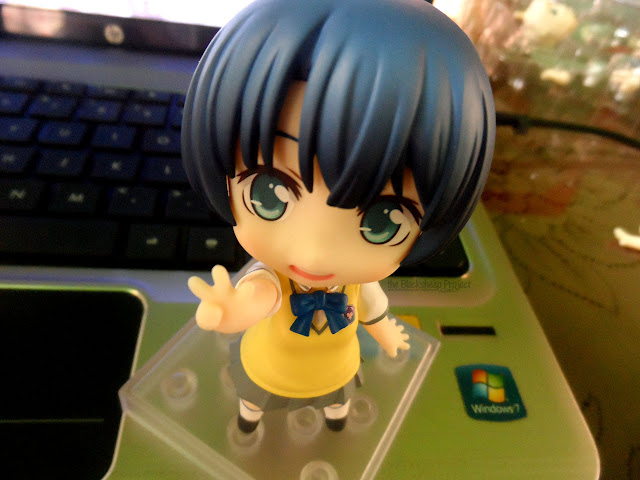 Either way I still like this pose.
I actually changed her right hand sleeve to her 2nd hand sleeve (the one where she does her ero-pose which I'll show later). I personally think it looks better this way rather than using her standard sleeve. 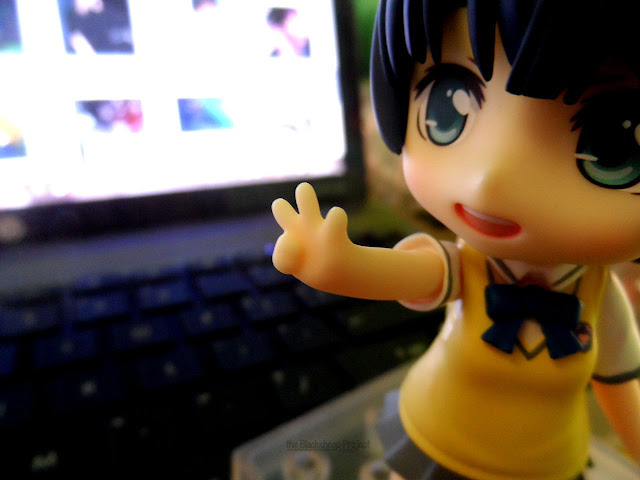 When I first looked at her this hand-pose, I initially kind of got disturbed 'cause it looks odd at first. Maybe it was just me but her arms kind of look smaller and the separation of her fingers look weird. 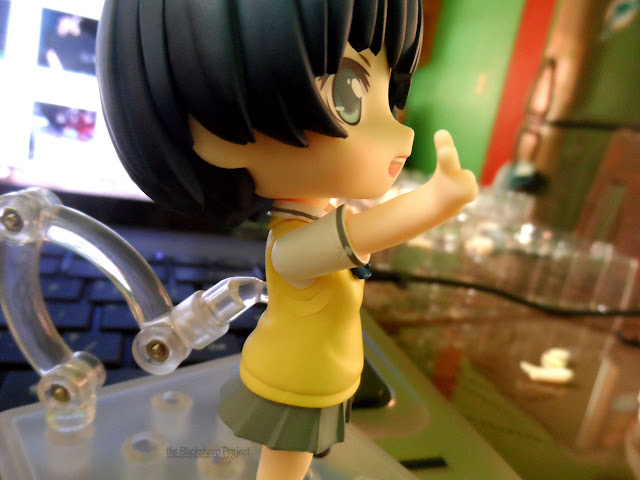 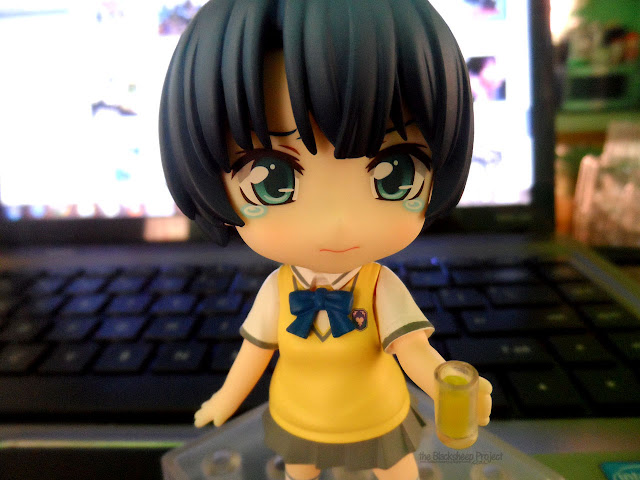 This is her second faceplate - the teary faceplate. I find Kanna pretty cute in here. The look on her eyes, those tears and those lips （*´▽｀*） 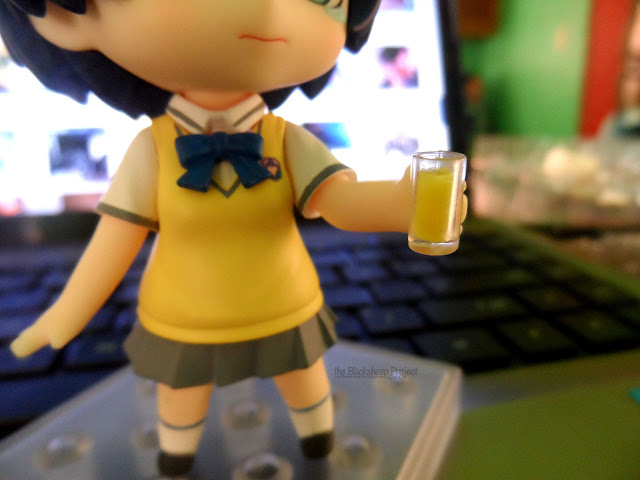 So this is the infamous 'dynamite-drink' of Remon-senpai which caused everyone a fun afternoon most especially Remon (ifyouknowwhatimean). The dynamite-drink comes in paired with one of Kanna's arm parts which allows her to hold the drink. 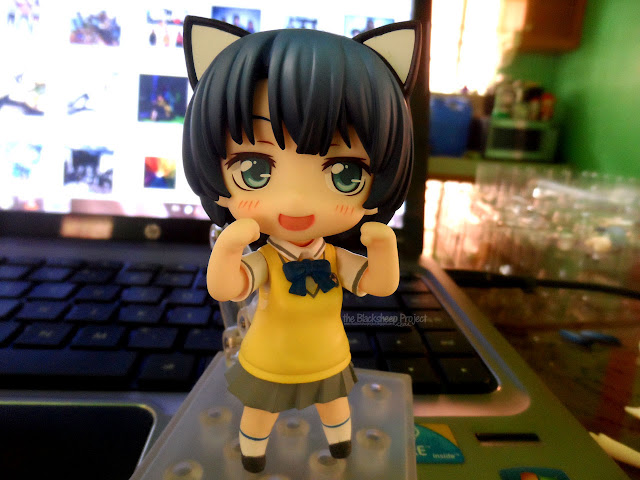 This is Kan-nyan's third faceplate (I'm definitely liking her faceplates :3). After getting drunk with Remon-senpai's dynamite-drink, you can pose Kanna playing neko :3 those hands and neko-mimi comes in nicely in here. This is where Kanna's removable hairparts come in as I mentioned earlier.


Kanna looks like she's teasing someone here, must be Kaito :3 I'm kind of labeling this faceplate as the ero-faceplate. 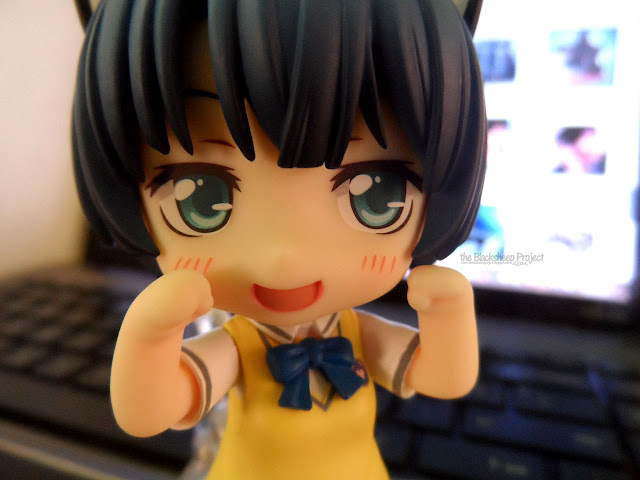 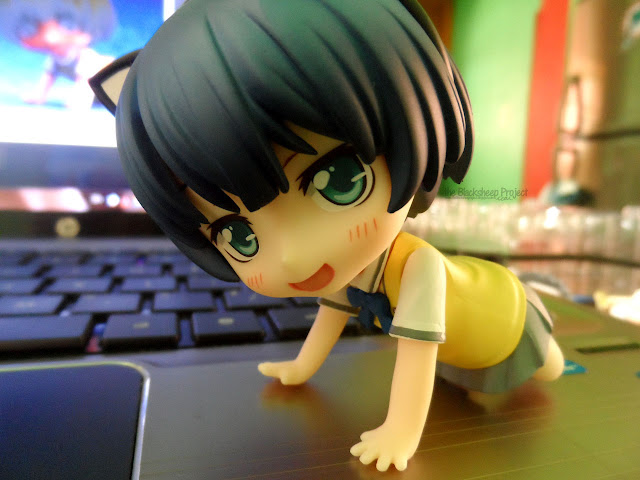 Now here we are with Kanna's ero-pose :3 For those who have seen the anime, this is definitely a pretty memorable scene. I really wished we just had her actual outfit there but beggars can't be choosers so having Kanna in the ero-pose in her uniform also works. 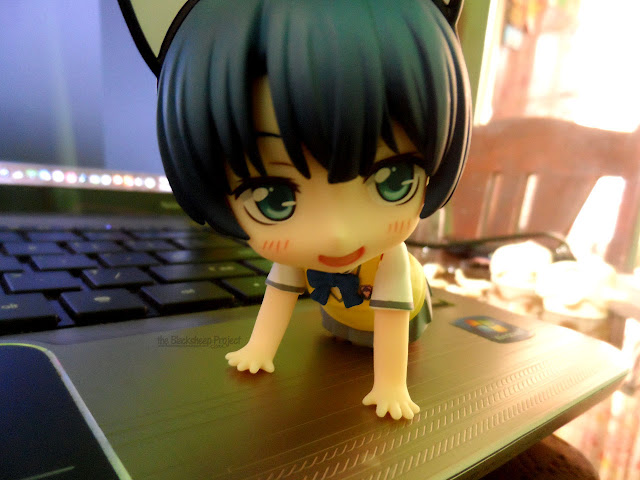 As much as how sexy this pose is, I find it quite difficult to set this pose up 'cause she keeps on falling face first (sorry Kanna -__-). The placing of her hands plays the biggest factor in setting this pose up 'cause without the right balance, she basically just falls. But I you can always add the stand to make sure she doesn't fall, right? :)


Her legs can be placed however you want because the front side of her skirt is basically the one that's keeping her balance.

Too bad Kanna doesn't have a shimapan =__= 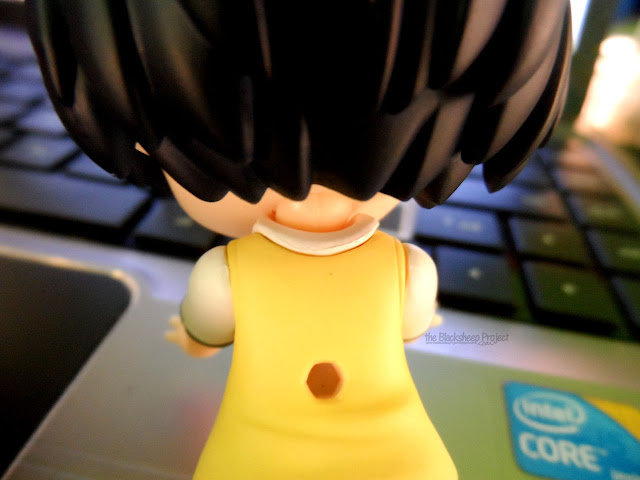 This is what I meant earlier by Kanna's extra 'neck' part. This extra neck join allows her to tilt her head further so that she won't be looking straightly down when she's on her ero-pose.

Some extra shots with Ichika and her stuff :3 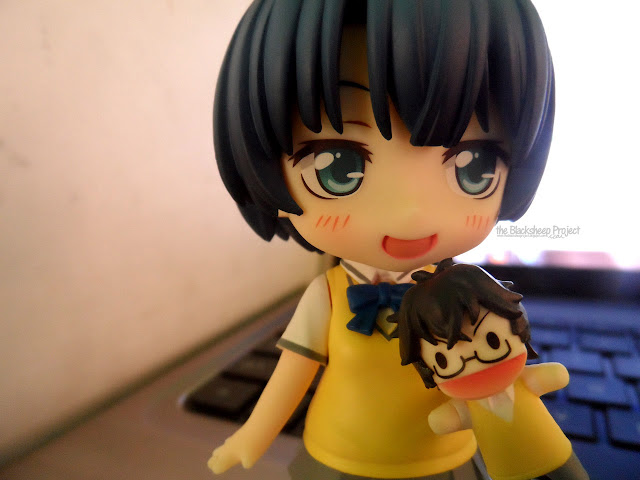 For my overall view on this Tanigawa Kanna's nendoroid:
>>what's good: Her faceplates are cute :3 and her poses makes up for some fun moments of the series itself, her arm parts can definitely be exchanged with other nendoroids, the details were pretty well made
>>what's not: her ero-pose is difficult to set-up, her pantsu isn't cute (lol, jk), her 'v'-hand pose looks a bit odd (at first look perhaps)

She definitely works nicely when posed with Ichika and definitely worth grabbing for all AnoNatsu fans out there. I really wish Kaito and Remon-senpai have their own nendoroids =__=
Posted by czai at 7/13/2013