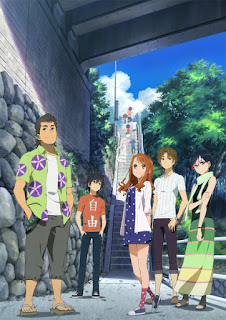 Jinta Yadomi and his group of childhood friends have become estranged after a tragic accident split them apart. Now in their high school years, a sudden surprise forces each of them to confront their guilt over what happened that day and come to terms with the ghosts of their past.

A year has passed since Menma's ghostly return to the Super Peace Busters. Although the time they spent together during that summer was short, the five members reminisce about what happened as they each write a letter to their lost friend.


It's no secret that one of my fave series of all time is Ano Hi Mita Hana no Namae wo Bokutachi wa Mada Shiranai. (AnoHana). I cried, smiled, and cried some more while watching it. Last Monday, I decided to finally watch this movie.

The Story. A year has past since Yadomi Jinta (Jintan) and his childhood friends were brought together by the ghost of their dead playmate, Honma Meiko (Menma). The five of them decided to meet again at their secret base to send Menma letters.

This movie doesn't really give anything new. Half, or more than half, of it is a recap of the anime told in a reminiscing way. As the five of them write their own letters to Menma, they reminisce over what happened a year before or even years before that (the times when they were still children, when Menma was still alive). Rather than giving a new story, this movie really satisfies fans who'd like to just see more heartbreaking moments and see parts of the anime again. 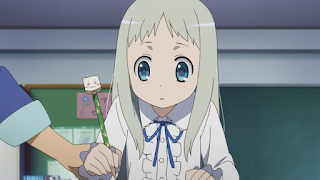 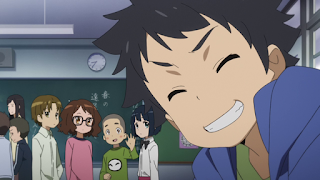 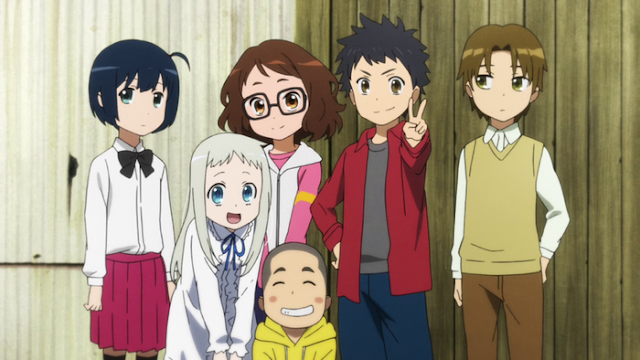 Admittedly, I did not like the idea that it was mostly composed of recaps but I still enjoyed this. I think that how everything was generally done - the sequencing, the atmosphere, and the script - and everything that the TV series left in me allowed me to really fall in love with this movie. The sentiments each characters still have for Menma really moved me - how they write their letters while looking back at the short message Menma left them.

The Characters. This is one of the few anime in which I genuinely like all the characters. Jintan is a strong kid but hides his pain away but the TV series developed him well which allowed him to shed his share of tears and become really angry for real. I like how he still carries his feeling for Menma after all those years and you can clearly see how he finally accepted everything.

Anjou Naruka (Anaru) is one that still carries something heavy in her even after Menma left - her feelings for Jintan. It took a while for Anaru to come in terms with what she really wants to say to Menma. Hisakawa Tetsudou (Poppo), the fun member of their team is enjoyable as usual. His first hand encounter of Menma's death showed a different side of him. Tsurumi Chiriko (Tsuruko) is the smart and serious member of the group. I find myself relating to her the most and I love how she carries her burdens well. Finally, Matsuyuki Atsumu (Yukiatsu) is one of my fave. He's this proud guy but throughout the course of the TV series, he really soften. The movie allowed me to see again his development - his embarrassment then. Seeing how he is right now, here in the movie, is completely different. He looks more refreshing and easy to be with. 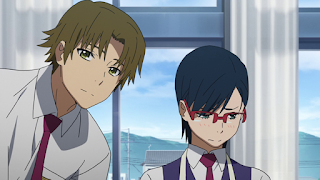 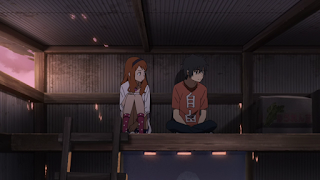 Menma's points of view in the movie were really moving. They allowed me to see her before she became part of the Super Peace Busters, what she thought of them, and how she sees things as they go. This movie gave more characterization to Menma as compared to the TV series. While the TV series focused on the conflict surrounding their friendship, this movie focused on their relationship to Menma.

Art and Animation. The art is as beautiful as before. Full of warmness and always carrying the right atmosphere for the right moments. Even though I've seen the TV series years ago, it still hit me strong. How A-1 Pictures did that is beyond me but I think that along with their great creation of atmosphere and music composition, the sequencing also helped a lot. I'm not the type who gets entertain watching recaps but this one just hit me perfectly with everything plainly complementing each other. 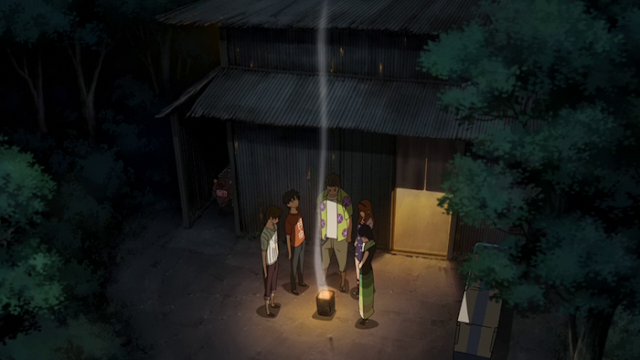 Setting aside the fact the characters started feeling or getting the idea of 'love' at an early age, AnoHana is a really heartwarming story about friendship (and well, yes, romance). It stirred a lot of emotions in me. It made me cry so hard, feel really sad, smile at their childhood reminiscence, get mad at what they were thinking then, and so on. They were kids, of course they think of petty things and make them big things. While AnoHana came from a tragic story, it gradually became an uplifting one. This movie allowed the more concrete closure for each of the characters as well as more characterization for Menma.

Recommended to: (1) AnoHana fans who can't seem to let go of the series, (2) those who like dramatic stories - full of crying, and memories (but I suggest that you watch the TV series first!),

Not for: (1) AnoHana fans who'd like to see new content - while this was set a year after the TV series, it didn't have a new conflict, just more closure to each of the characters, (2) obviously non-slice of life fans, and those who'd rather watch action-packed sci-fi shows