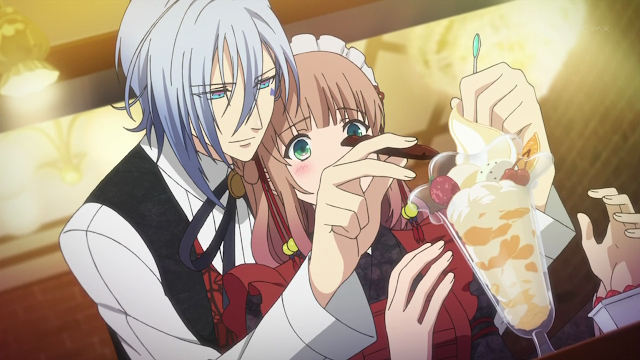 The transition between Shin's and Ikki's arcs gave me a good hint at how everything will go. My question right now is how it will end.


The flow of the series and some in-game bits.
As of the latest episode I still can't make up my mind about whose arc we're tackling before Shin's route. It seems to give an overview of each characters. Is it safe to assume that it's just a general character introduction or as what I said before, a tutorial mode?

The moment the heroine stepped on the road at episode 4, I just knew that she'll be in an accident. Her second death made me realized that this is the signal that we're moving to the next character route. And damn, I kind of feel sorry for her since she'll die 3 more times. After Ikki, I bet we'll move to Kent to Toma to Ukyou. I actually checked the possible episode flow:

I accidentally read a bit of spoilers and looks like Ukyou's route will give us something interesting. In fact, Ukyou is kind of an interesting character to begin with - his constant and weird appearances always makes him look suspicious. I'm kind of curious at how his route will go.

Anyway, I think that her death is like the bad end of the story. Going back to my game background last post, I mentioned the three game parameters and one of them is the Memory Lost Suspicion. You see, this parameter actually indicates if the heroine/player will get the bad end. According to the website I cited last time: The higher the parameter, the closer to getting a bad ending.

Quick game discussion can be found on this post.

Episode 4: Shin's -> Ikki's route.
Seeing how aggressive Shin is kind of bothered me last episode but I think that this episode cleared that part of him up. I don't think anyone missed this point since Shin talked about it a couple of times. Since Shin and the heroine are childhood friends who probably have considered each other as family throughout their years of friendship, Shin was worried about how the heroine looks at him. How she sees him as - a childhood friend?; a family?; or a boyfriend?. 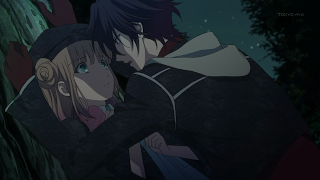 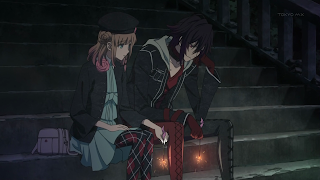 NOW Shin has finally told the heroine about the memory she re-called before her 1st accident. This part really bothers me about the first part of the story and my statement earlier is the safest answer I can think of right now. The memories the heroine seen during that time would probably appear later on in the series - her vision of Kent which he doesn't know of and the promise that the heroine forgot at episode 1.

Finally, the heroine dies (uh-gain. and seriously, that death doesn't look like an accident at all.) to begin Ikki's route. She wakes up at her room at August 1st and Ikki calls. His sudden closeness to her made her feel a bit uneasy but suddenly realizes the change of routes. Yes, I think that she realized herself that this time around, Ikki is her boyfriend. NOW who is this Rika?

Episode 5: Ikki's route.
I was never really fond of Ikki ever since the first episode and this episode didn't change my outlook on him.

So it seems that Ikki is the player type of guy but for some reasons, I have a feeling that his eyes has something to do with this. I honestly don't see the point of Ikki's sunglasses but the heroine saying that the girl suddenly likes him just by locking eyes with him kind of given me some idea. The only thing I have in mind right now is 3months? Why three months exactly?

As for the heroine's condition, it seems that similar to Shin she forgot some things and remembered some as well. She particularly remembered those from episode 1 wherein Ikki helped her with the order. Similar to Shin's route, this memory came from the first part of the series - the one I'm assuming to be the intro/tutorial part. Also, I can't recall much of it but it seems that the heroine remembered Rika from that part as well since Orion is shown in the flashback. 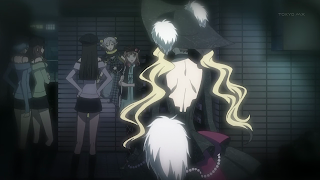 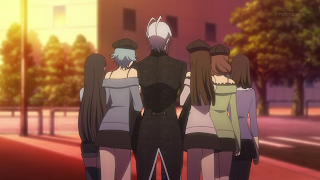 As of now, we haven't seen Rika's significance in Ikki's route but the next episode will definitely go over it. I'm betting that Rika is also unaffected by Ikki's eyes. Well if there's another reason for her connection, there wasn't any clue shown.

Now Sawa's different role in Ikki's story is pretty recognizable. I've mentioned at my last post that the heroine will have different relationships on each character per route but their personalities don’t change except for Waka who changes in each route. Aside from that, it's noticeable that Ikki and Kent is still as close as ever. It's similar to Shin being close to Toma. I think that these pairs relationship also doesn't change. SO we'll expect the same closeness on Kent's and Toma's route. 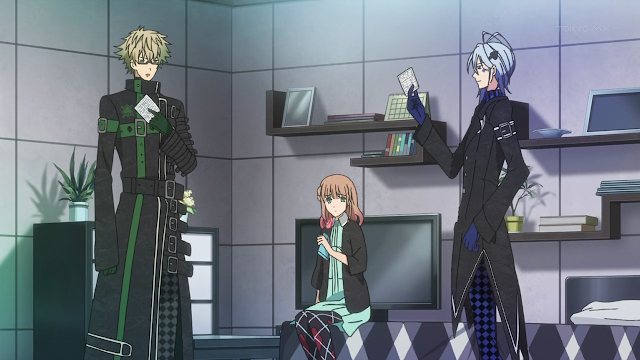 Finally there's the daily report that kept on bugging the heroine. Whatever that is, I think that it has something to do with the girls flocking around Ikki. What I can get from here is that we'll see the reminiscent of episode1's final scene.

In overall view on AMNESIA as of this episode, I've finally seen the predictability of its flow. I've mentioned the flow of the episodes and it looks like each character will have one flaw or problem in hand and try to have some mystery in their story. I think that every route will be the same until Toma's route. I'm not entirely sure about Ukyou's route yet since he wasn't even shown in the OP along with the other four :P

My reference on the game comes from this: http://appleforest.livejournal.com/2268.html
Posted by czai at 2/08/2013