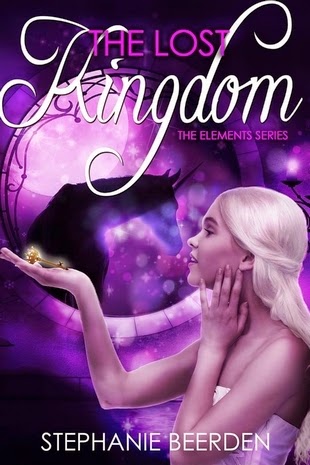 A Prophecy made long ago, announced the arrival of the new Ladies of Elements.

And now almost a millennia later, it finally came true …

All her life Arima thought she knew who and what she was. That is until the day of her sixteenth birthday came and her world is turned upside down, when she’s told she’s not a White Witch but Lady Spirit. And that she is the one that has been foretold, will unite the Five Ladies of Elements once again and save Ilendia and the Other Lands from Ahriman, the Demon King.

At first Arima refuses to accept her new fate, but when Shanums come and destroy her village and kill her loved ones, she has no choice but to flee and fall right into the destiny she never wanted.

As she grudgingly starts her journey into the unknown, she is accompanied by her unicorn familiar Sirrim, Blythe, a Vampire with a dark past and Myrddin, a mysterious Ljosalfar.

And the longer her journey lasts, the more Arima begins to realise that she can’t escape her own destiny and she must learn to control her powers and learn to be a Lady for the sake of the Sisters she doesn’t know and the people of Ilendia and the Other Lands.

However, things get more complicated when Arima comes into the possession of a key. Her instincts compel her to go towards danger when she discovers that the key she holds, can unlock the legendary kingdom of Eléssima, the home of the Ladies of Elements.

She will have to make the choice to follow her instincts …

…or stay on the path that has been laid out for her.

The Lost Kingdom is a high fantasy novel with a beautiful world filled with magic, centuries old creatures, and a good amount of fight between good and evil. That’s it!

I don’t think I’ve ever encountered a straightforward fight between good and evil. The Lost Kingdom takes it on a very basic level – like something you see on TV. The format of the story kind of makes me think it came out of an anime series with more narratives than character storytelling. Yes, there are a lot of narratives especially at the beginning narrating what happened back then why are we in this situation, blah-blah-blah… It’s boring, honestly, but once you get into it (especially at the latter part of the novel), things get a bit better with more battle and character interaction.

It’s an omniscient point of view wherein one time you’re seeing our lovely heroine training or something then next thing you know the evil Demon King (or something) is talking to his general about killing her.

My main issue with the storytelling is that there are times when something is known to the reader but not to the character because the narrator has told the reader. This takes out the element of surprise in some scenes.  It’s makes me feel that Beerden takes so much in control of what her characters know – there are times when she’d be clueless of something but the reader already has an idea of it OR she’ll be completely knowledgeable of something (but the latter seems totally acceptable since she reads about the writings of the previous Ladies.).

The Lost Kingdom takes on Arima’s journey from her home at Bryn to Eléssima. The story is a series of arcs – Arima was raised by a White Witch. The White Witch taught her everything. She sets of on a journey when she was of age to the resistance group who fights the evil. She met this and that, fought evil creatures with her companions, went to different lands and towers, learned more things about the centuries old stories of who and what she really is, and she fights off evil. The end! Wait, the end is that the Demon King lets her off the hook this time and promises that he’ll fight her some other time – sounds so Power Rangers to me, lol.

Arima is a pretty good heroine. She’s strong, (at times) stubborn, and has a good sense of responsibility – practically that nice heroine who fights off evil in totally clichéd stories (this really, really just makes me think of anime -__-). Arima is accompanied throughout the story by Blyth, a Vampire with centuries of experience. I like Blythe. He’s this guardian to her who points out her mistakes, who always takes care and protect her not because it’s his duty but mostly because he’s that kind of guy and he grew attached to her. I really like the combination of their characters.

As a series starter, I think The Lost Kingdom is able to give a clear view of its world. While, as I said, it came out pretty boring at first with all the block of texts, it revolves in quite a beautiful world in my opinion. The addition of the Language of Magic gives you a more engaging feeling of the world.

Perhaps my only real problem with the story as a whole (aside from my narration issue which I mentioned earlier) is the absence of romance. At the beginning, there’s Rowan, Arima’s childhood friend. There I was looking forward to some romance difficulty between the two because of Arima’s position but NO! All the guys introduced in the story were there to serve as Arima’s protector and the most we can get is Arima’s father-like relationship with Blythe (which I really wish was not like that).

What I Like: (1) the magical high-fantasy world, (2) the stubborn and strong heroine, Arima, (3) Arima’s companions especially Blythe, (4) the battle scenes (sooo many of this), (5) the Mieystari (the Holy Language of Magic), (6) the many supernatural creatures (they’re so fancy!), (7) the pretty decent conclusion (enough closure was made) 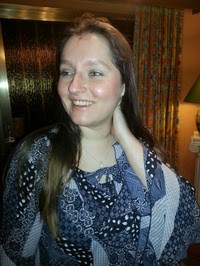 Stephanie Beerden was born on Friday the 13th (no joke, she really was) in a small city called Genk in Belgium. She has always been fascinated with the occult, magic and books. Her childhood and teen years were filled with reading lots and lots of books and imagining what life would be like as a vampire. Until one day she decided that she wanted to try her hand at writing her own books and that was the beginning of her writing adventure.