REVIEW | Into the Dark 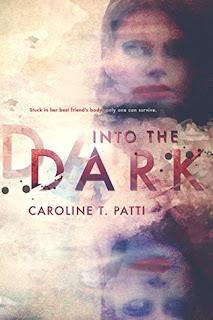 A “sweet sixteen” party is supposed to be among the most memorable events of a girl’s life. But on the night of her party, Mercy Clare wakes up in the waiting room of a hospital with no memory of how she got there. To make matters worse, she’s wearing something she would never be caught dead in: her best friend Lyla’s clothes. Mercy’s nightmare is just beginning. The doctor tells her, referring to her as Lyla, that Mercy is lying in the hospital bed waiting to die. A trip to the bathroom confirms Mercy’s fears, as Lyla’s face stares back at her and Lyla’s curvy figure pokes through her tight clothes. But finding out what’s really going on won’t be easy. Because if Mercy wants her body back . . . it might just cost her Lyla’s life.

A unique concept that immediately captured me.

unique story and world.
At least for me it is. Into the Dark involves Breachers, Hunters, and the Assembled. Let's get into each one by one. Breachers are immortals who can transfer from one body to the other. The twist is that Breachers cannot leave a body unless he/she kills it. Mercy is different though since she has the ability to transfer body without the having to kill it. Hunters are those who hunt down and kill Breachers. And the Assembled, I believe, are those who are supposed to keep the balance.

I really like the whole concept of the story right from the body 'breaching' to the Hunters and The Assembled. I am yet to still fully understand the existence of The Assembled though. I really think that there's something there I'm missing…

dual POV.
There's Mercy's and there's Gage. Some times it's quite difficult to distinguish which POV I'm already reading. If I put the book down for a while and get back, I have to check back on the chapter page just to see which POV it is (unless of course stated in conversations). But, it's not really something so bothersome as they only happen a few times.

The dual POV really helps in getting into different points in the story and really gives you as a reader more knowledge about the world.

there's family.
There's Mercy and her mom and her dad. They may not exactly be the root of the entire issue of this book but I LOVE their close relationship. Unfortunately there wasn't much interaction between them which is a bit of a let down. BUT I'm really eyeing the next book to have more of it :)

the romance.
This is possibly the only aspect or the book that I didn't exactly care about. There's love triangle among Mercy and Gage and Nathaniel. And unfortunately I'm not rooting for anyone. I'm just like: okay... AND there's forbidden love because Alas! Hunters (which is what Gage is) are not allowed to love Breachers (which is what Mercy is). But how does Nathaniel fall into any of this? He just does because apparently Gage is a part of Nathaniel (sounds odd? confusing? it's explained in the book -- it's all part of the interesting world).

My gripes for this book involve: (1) the whole beginning of this mess. I'm basically like, what?, (2) the root of the mess -- connected? yes. When I said 'the whole beginning', I was talking about what happened to Mercy. When I said 'the root of the mess', I was talking about why they're after Mercy and Nathaniel's whole issue in this story, and (3) the romance, of course. I don't care about any of it!

OVERALL, Into the Dark is a paranormal young adult novel that involves taking over the body of people (breaching) and whole lot of evil (revenge plot). The world is really interesting -- the Breachers, Hunters, and the Assembled. I had some mixed feelings about the quick involvement of Mercy in the whole fight against the evil. The romance felt 'meh' but the ending is quite satisfying. It also conditions you for the next (and final) book. Into the Dark is a good read but not exactly a highly recommended one from me.

{ how about you }
What do you think about books that involves taking over of bodies? Just how cool is that plot? What are your thoughts on forbidden love? Love them? Hate them? Don't care about them?