Plot-wise, Nichibro has got to be one of the series that became totally interesting even though it had nothing but laughs. As in literally. At first, I was a little hesitant about watching this and only decided to do so after some good comparison between how great the comedy is in here after the PVs compared to the comedy that Kimi to Boku has offered. Anyway, what Nichibro mainly offered is the senseless per segment comedy. Each segment (rather most of the time), they aren't entirely connected to the other. 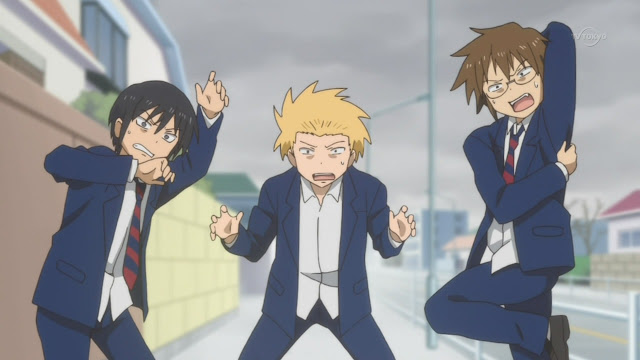 Each episode, for me, became a series of highs-and-lows. I have to admit that it started off quite well that's why I decided to continue but as it reaches the half of the series, it became a little boring but good thing the last few episodes did really well and could serve as a make up for those that came a little off. I like the episodes when Tadakuni was not shown. LOL. Well not because Tadakuni wasn't there but they just came in a little funnier than before particularly episode 11 :)

One particular thing that I notice in Nichibro is that it shows how lame guys are and how bully the girls are. LOL. I've notice that from the beginning that since it's about the daily lives of high school boys, the boys looked nice while the girls had to play the antagonist role. Notice Tadakuni's Imouto, Motoharu's one-chan and Ringo. AND notice the Funky Girls segment. Well, I don't have anything against that since it's for comedic purposes and it really work well (even for me, a girl). 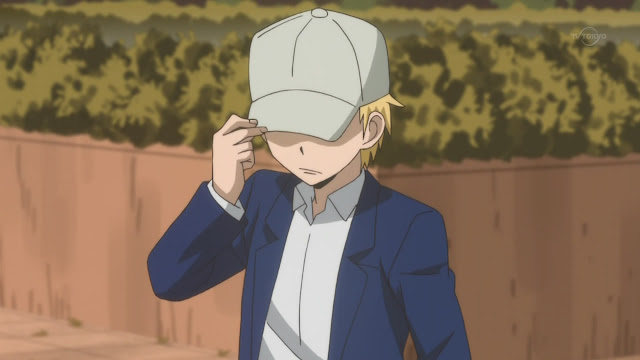 Character-wise, Nichibro really stood out in this category. Of course, it didn't have much character development and such. They don't even bother much about each character's background story. But what I mean in here is that each character became really unique. The three main characters had been really great from the very beginning. The straight man, Tadakuni (Irino Miyu), did his role very well though he isn't really my favorite. One of the characters that really got me is Hidenori (Sugita Tomokazu) who seems to act as the leader-role in their group and had to lead them for most of the time. The big-manly-Gintoki voice that is Sugita had really made Hidenori an even outstanding character. The other character that I really enjoyed is Yoshitake (Suzumura Kenichi). He's like second-in-command to Hidenori and is always up for anything stupid. He was really funny most especially in episode 11 when he trolled a lot of times (particularly the kick the can segment). 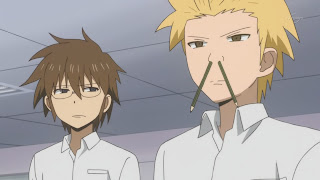 As for the art, I wouldn't say that it's bad but it's not entirely the outstanding type either. BUT what I did notice in here is the pretty funny expressions that were really well made - troll faces are good - most especially Hidenori's. Sunrise sure have perfected the troll faces through Gintama.

Overall, Danshi Koukousei no Nichijou is a pretty good comedy anime. If I have to compare it to another anime, it's most likely to Gintama because of their similar sense in comedy and expressions and Sugita's standout voice. LOL. Watch it if you're into senseless anime and pure comedy. Don't watch this if you’d rather spend your precious time on story anime.
Posted by czai at 3/29/2012