There definitely nothing much to expect from an anime that is based on an otome game but that could probably be one good reason why I decided to watch this show.

First things first, what's so interesting about this show? I did I decided to watch this? It's simply because I want to watch. The premise it gives being an otome-game-based isn't really big though it's a pretty good plus for being handled by Studio Deen who also worked on Vampire Knight which had a number of good looking guys. Anyway, story-wise, I wouldn't like to complain or anything since it didn't really gave the typical boy-meets-girl kind of thing. I mean, she's some kind of shrine maiden (the term her mother used. lol) and she's being protected by these three or four guys. Oh and I forgot to mention, the spell they were chanting at the beginning was pretty funny and long. The ghosts could have killed them it makes me laugh.

Character-wise, they are pretty typical. The paring of Kasuga Tamaki (Miyake Marie) and Onizaki Takuma (Sugita Tomokazu) seems to be something that'll happen in the future. The way they treat each other right from the very beginning says it all: he doesn't care about her (and soon he will) and she gets annoyed by him (and she'll eventually like him because he'll always be in her head). LOL. That's how I think things will go given the idea that it's an otome game. Other characters that caught my attention were the two more guys who're suppose to protect Tamaki, Atori Mahiro (Okano, Kousuke) - who's really loud and really small for his age - and Komura Yuuichi (Namikawa Daisuke) - who has a talent on sleeping anytime and anywhere. LOL.

As for the art, it was pretty decent meaning not bad not entirely good either and nothing really special. The so-called "gods" / "ghosts" were pretty good most especially the little fox. The animation is really rough which is a huge minus. Character designs were pretty fitting enough for the anime and the theme it is trying to give. And not to mention, the good looking characters but I still do have my complains though. Yeah, it's the voice. I do like Sugita Tomokazu. He's really good as Gintoki and Switch (and other more characters) but on my opinion, his voice doesn't suit the looks of Onizuki. Probably I'm imagining Onizuki to have a voice like Fukuyama Jun or someone like Suzumura Kenichi. Oh well, sure do hope I'll get used to Sugita as Onizaki. 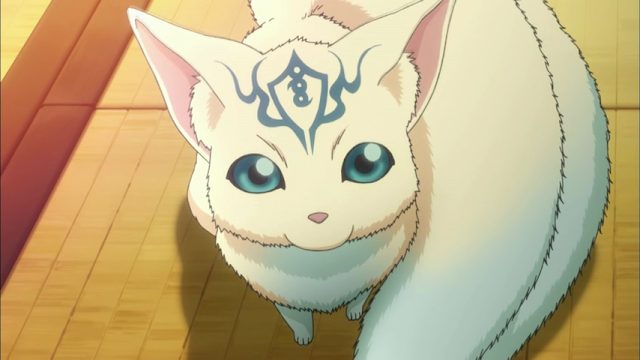 My overall impression on Hiiro no Kakera is that it's something pretty decent for an otome game turned anime compared to last year's UtaPri which I only finished for the sake of hearing more Miyano Mamoru and wishing for the Tokiya x Nanami pairing but was utterly disappointed. Anyway, I'll quit complaining about another anime but say that I'll follow Hiiro no Kakera for now and hope for better things(: No expectations = better outcomes. I hope.