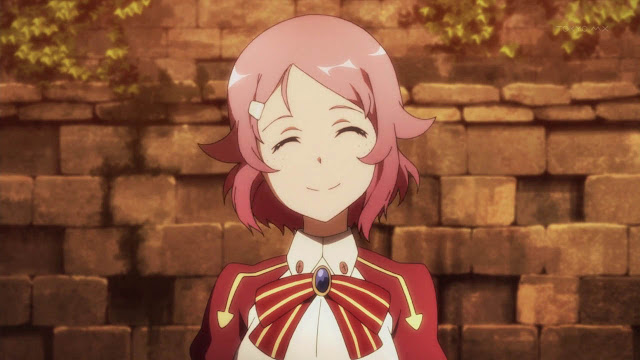 I believe that Lizbeth (Takagaki Ayahi) is the last girl to become a member of Kirito's harem. So does that mean that the side stories are over? Hope so. I'm really looking forward to seeing some real story here.


With around four girls introduced since episode 2, it has been a pretty sad idea how Sword Art Online is just building up Kirito's harem. On another note, I guess it shouldn't be so surprising since SAO is just being the shounen anime it's supposed to be and the harem had been a typical part of this genre (unless we're probably talking about mainstream JUMP). For this week's featured girl, I'd say that I like how she slowly develops feelings for Kirito :3 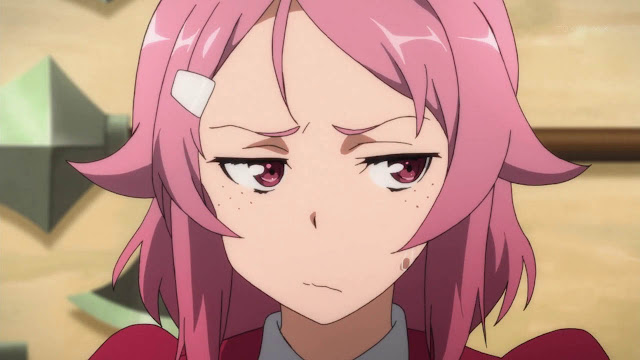 It's pretty funny how Liz initially sees Kirito as some small fry (LOL) player in SAO and got a little pissed off of him because he broke one of the swords that she wielded. When Kirito said that he'll get the metal she needs, I like how she's pushing Kirito to make her come and no, she doesn't seem to like Kirito at that time. It's more like a blacksmith's pride to get the metal (I think she did said this… or not?).  But I think that it's Kirito's development that made her like him. When Liz shouted to Kirito that she likes him, I like how she's not really thinking about anything else other than what she currently feels. Of course I feel half disappointed when she found out that the guy that Asuna probably likes (or something like that) is Kirito and decided to just give up on him. But I do think that Kirito does realize that she likes him(:

Now, I'd like to talk about Kirito's character development in here. In this episode, I believe that we've all seen how the events at episode3 had affected Kirito's outlook as a player of SAO. When Liz said that she wanted to help Kirito fight the dragon, Kirito said No in a way that Liz just suddenly quiet down and at least know Kirito seriously doesn't want her to get involve or get hurt. Kirito's sudden change of tone definitely mean something and by all means, it just pulls me back to what he experience in episode3. Not to mention, when Liz asked Kirito why he saved her and answered with: Rather than letting someone die alone, it's better to die with them together. 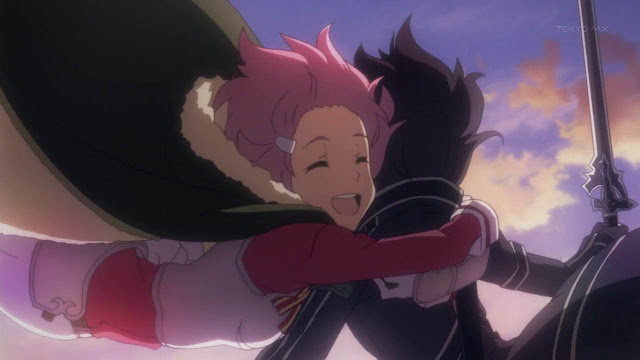 In an overall look on SAO had been, it's pretty much going okay for me compared to how webkid and a few others (probably) who disliked at how theadaptation had been. Of course I couldn't say that it had been a good or bad adaptation since I've never really read the light novel but with how the anime had been going, I'd say that it's pretty typical for me. It wasn't really much of an exciting anime as I had thought it would be but I'm not entirely disappointed since I'm just one of those people who was pulled in by the hype and popularity this series had before airing(:
Posted by czai at 8/23/2012