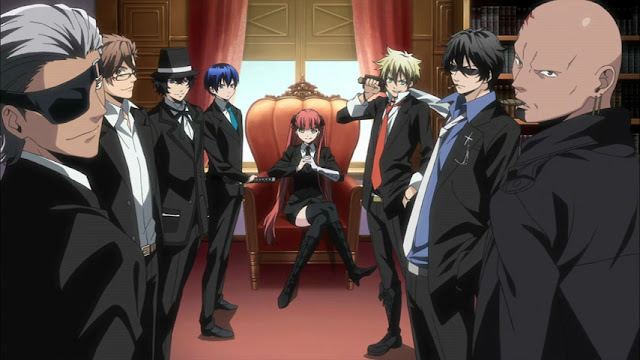 Arcana Famiglia is the first series I get to finish this season. This concluding episode honestly just made things worst. Although I've already expected this kind of ending.


When I said that the Arcana Duello will be rush, it was heck serious and it actually went faster than what I was expecting. First off, I'd like to go with the biggest complain that I have. I thought that the duello was open only for those who have the power of the arcana? Why was there people who weren't even introduced and they're supposed to have a contract with an arcana? I thought only the main characters plus Elmo have a contract and the rest of the arcana are under Mondo? o(>A<)o

Anyway, the matches went on really, really fast. And I was seriously disappointed at how the match between Felicità and Debito/Pace/Luca went. Other than their matches not being shown other than those really annoying and supposedly noble words, Felicità was the only one who fought them. The match could have been better if the three of them fought on themselves. I mean, look at them. They were already out f the duello after the first five minutes of the episode. 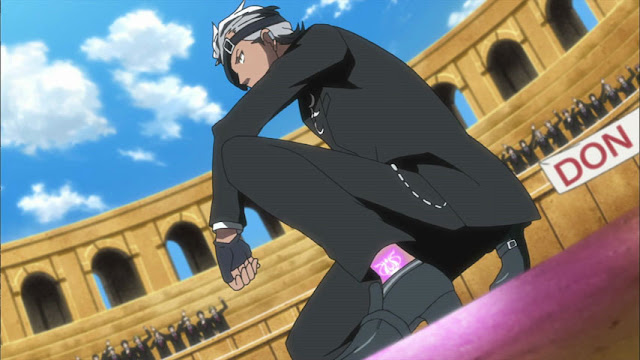 As for the match on Nova and Sumire, I was seriously surprised that Sumire was included. She's 'mama' for crying out loud. Why is she included in the match? So that Nova will have his moment in the episode and have his I'll-show-you-that-I-got-stronger line? How annoying. Now for Libertà, his match with Dante also had the same purpose. Both Nova's and Libertà's respective matches weren't even interesting to watch. It was plain boring and flat.

Now for Nova and Libertà's match, I'd say that it wasn't anything different (I can't believe I'm writing about all of the matches. HAHA).They didn't even used their arcana powers much. Also it's annoying how Felicità is listening to their thoughts as they fight. I know she has to strengthen herself but come on! Listening to their thoughts simply means that she hasn't made a decision herself and without concrete decision, how the heck did Jolly said that Felicità had gotten stronger? They really should have shown a decent match… 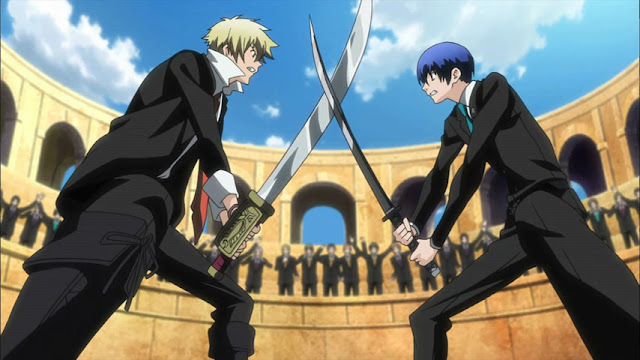 Finally on Felicità and Mondo's match, let's just say that it's a battle of kicks and punches and no, it's not fun to watch. I got bored. They did used their powers but it was just once and it wasn't even interesting to see. Also, it makes me wonder how did Felicità saved Mondo by defeating him? THAT was just annoying. Really. Now where is her strength coming from? I believe that it's from both Nova and Libertà, as expected.

In an overall look on this concluding episode of Arcana Famiglia, everything went on as expected. Nothing exciting and everything boring. You might be thinking why the heck did I followed this series when I'll be doing is complain? I followed it because I want the cast. The story had been pretty boring but this series had shown some pretty nice voices from: Yoshino Hiroyuki, Sugita Tomokazu and Nakamura Yuuichi :3
Posted by czai at 9/17/2012