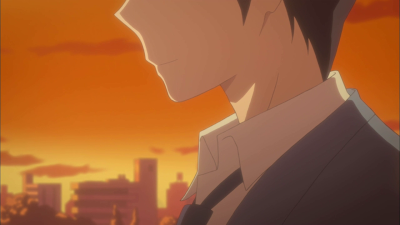 Okay, so I have to admit that these two episodes weren’t as great as the previous ones and character developments have somehow lost in here. But then, I’d like to just enjoy the comedy it gives and practically look forward for better episodes next time :D

Episode 8: Daily Wage Hero / Senpai and I.
This is practically Kimi to Boku’s first ever episode which had two parts. Though the stories were not entirely different, they were told in different point of views. There’re expected things and unexpected things but nothing entirely new to us. SO the main topic of this episode is writing manga. 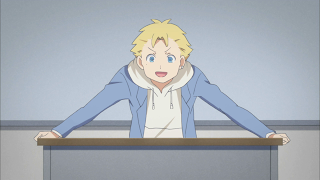 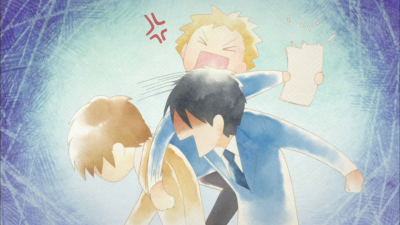 In the first half of the episode, Yuki was tasked by the Manga Club to write a 5-paged manga. For a pro, it’s 100% easy but for someone who just reads and has never written one, it’s really difficult. That’s why Yuki decided that each of them write a page of the manga. With Yuta being the first one to draw the manga and has given the task to begin it, everyone was amazed that Yuta can actually draw like a pro. Even I was amazed. LOL. Moving to Yuki whom everyone, most especially Chizuru, was expecting to draw really well had their hopes held high for nothing because Yuki can’t draw well like Yuta. Now that was unexpected though it’s a really funny twist(: Practically speaking, each of them had funny sides in their manga page but the one that made me laughed the most is Shun’s and Kaname’s page. Okay, so we all expected that Shun’s page is going to be in the shoujo manga style yet I still laughed a lot. Plus, we also expected that Kaname will totally suck in drawing. I seriously saw that coming and it was even worse than Yuki’s drawing. Plus, his conclusion is really stupid. LOL. And so, their manga had a lot of twists and stupidity and missing character and funny drawings. 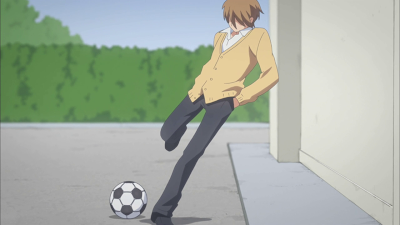 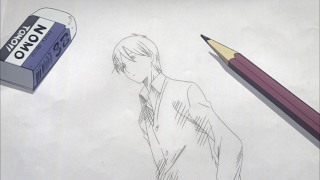 In the second half, Yuki’s junior was showed and it was said that he considers Yuki as his hero. The funny part in this part of the episode was all the Yuki personalities that he noticed while he was writing his story. He actually knows how Yuki reacts and all but he still considers him as his hero. Anyway, after all the things he thought about Yuki being a hero, it all ended up with his own experience of Yuki being a hero to him. Well it wasn’t really anything big but Yuki saving him from getting hit by a soccer ball (was it?) and kicking it high enough and out of the players reach has made Yuki his hero. How low. LOL.

Episode 9: naked king
Ahh.. so it’s another Kaname-centered story. Well, not that I don’t like Kaname but can’t we have more of the other characters ‘cause they’re not entirely developed yet. Anyway, it’s the cultural festival and as a member of the student council and class representative, Kaname sure is busy.

Well as usual, the combo of Yukiand Chizuru sure is great. The eco-train made from a box sure is EPIC is Shun who’s more than willing to try it out sure isn’t new. LOL. Also, Yuki outsmarted Chizuru by leaving the bottom of the box open so that he can go faster. Yuki sure is great. LOL. Other than playing with the box, both Yuki and Chizuru played around again and hid inside Shun’s andYuta’s maid-café costumes. Plus, poor Kaname, he was played by Yuki and Chizuru by listing him as a ghost for their classic horror house. LOL. 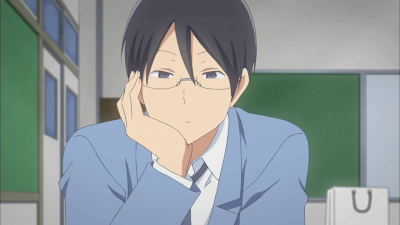 I couldn’t really say that there’s anything new in this episode but let’s just say that we get a little more out of Kaname’s temper. I don’t really know how to say it but right after the episode, after hitting Chizuru, he smiled and said: “If I lost focus for minute, I’d be swept away. But if I get swept away, I’d see a change of scenery.” Through this episode, he was heck busy and he wasn’t able to do everything he was suppose to do so in order yet, by the end of the day, things actually worked out well :D 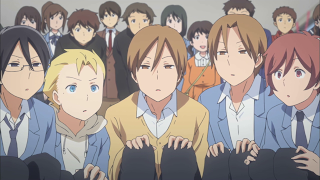