Okay, forget about wishing for that romance episode I was waiting for. This episode was a lot funnier than I expected it to be. At first when they said that they'll help Yuki look for a part-time job, I thought that it'll be similar to the first episode of the first season but this turned out a lot better :D 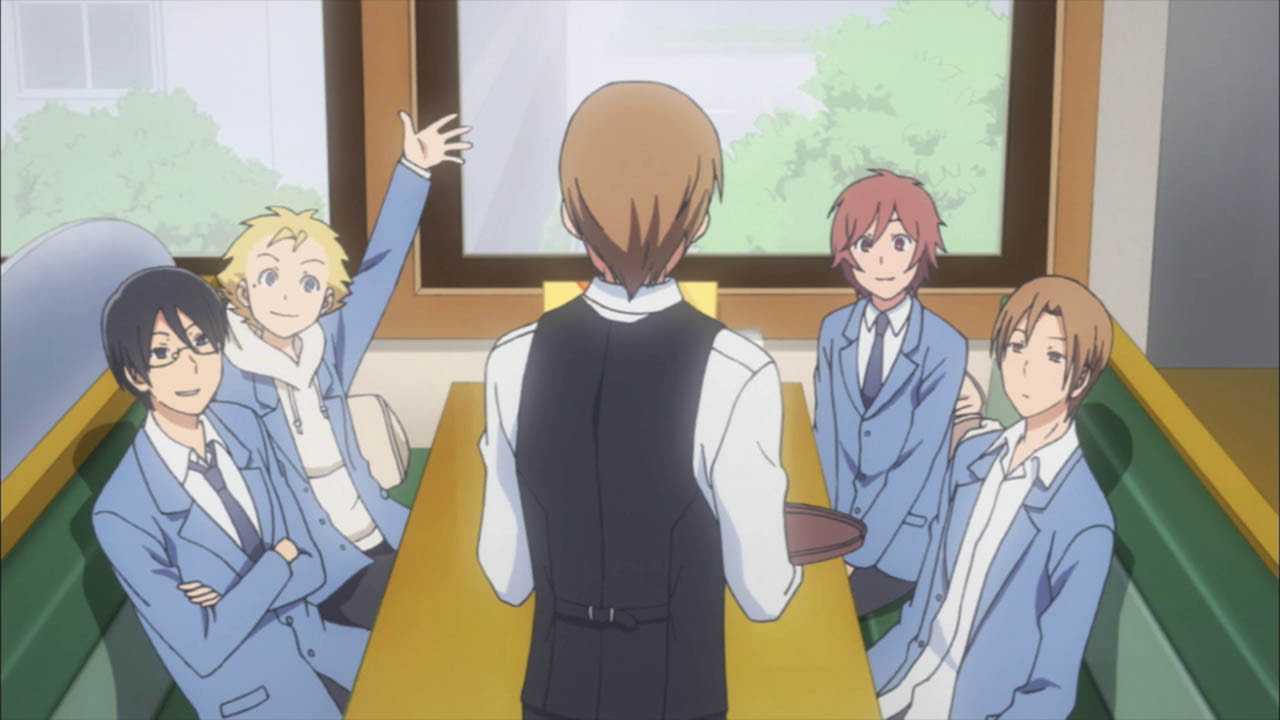 When I realized that this episode will be about Yuki and a part-time job, I knew that this will be a really funny episode. AND when I saw that he'll be working on a family restaurant, I knew that the customers (female customers in particular) would like him. Did you just saw those two girls thinking of eating big and after they saw Yuki and just ordered coffee?? :3 When you don't know Yuki, you'll definitely just like him for his looks.

ANYWAY, so what literally happened to Yuki's part-time job was really expected. When I saw his boss, I was like: ahh… this just reminds me of Working!!. Anyway, that mix juice just made all the mess. Well Yuki was at wrong as well anyway. He should have just told the boss about it and ask for another mix juice than try making his own. The funny thing is, when they were trying to make the special mix juice the old lady asked for, Yuki decided to add a plant stem. I know that was just stupid but Shun totally bought that. HAHA.

As Yuki and the rest tries to make that special mix juice, Yuta replaced Yuki and served the costumers at his best. Yuta's highlight on his work has got to be the little kid's Cinderella moment :3 Yuta's just charming :3 No wonder Takahashi liked him (speaking of Takahashi, she and Yuta still haven't got their own episode x.x). Speaking of charms, when that old lady who ordered the special mix juice complained to the manager, Yuki immediately did something and try to impress both the manager and the old lady. I was actually expecting the old lady to go with the flow since Yuki does look good BUT I also expected for Yuki to fail miserably. ANDDDDDD he did… Nothing new. I guess Yuki and work really just don't go well. 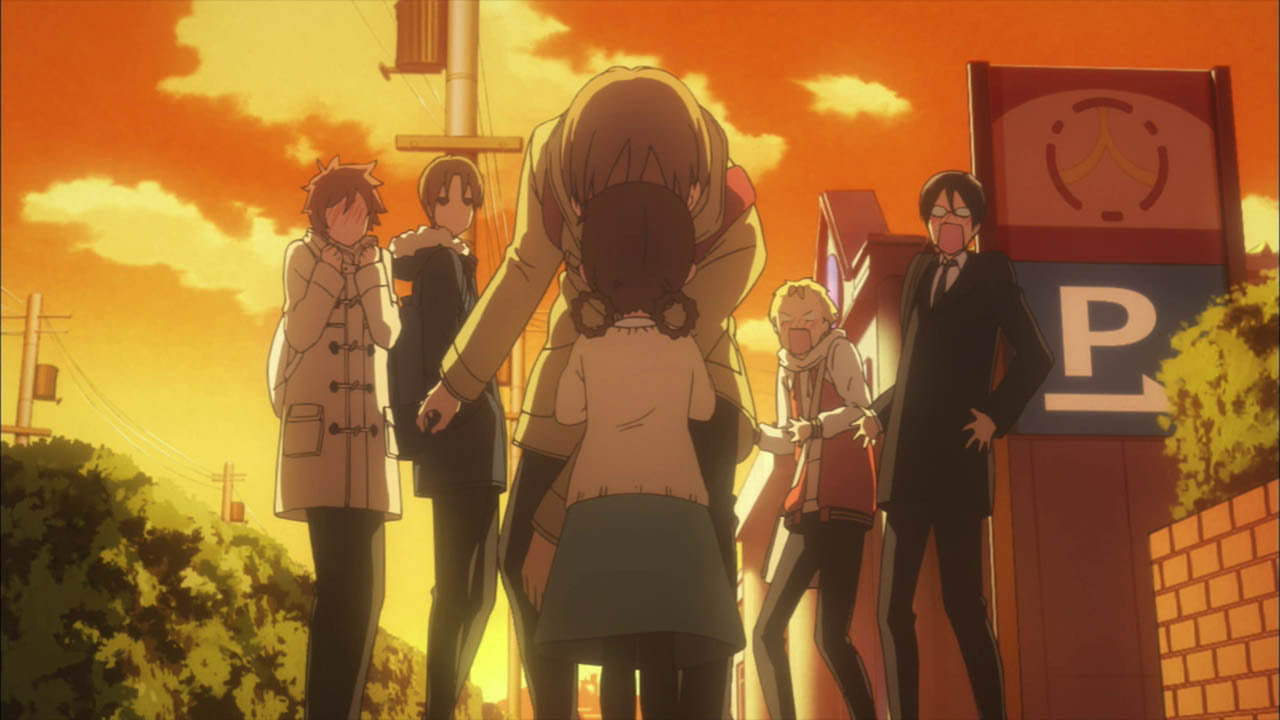 In an overall look on this episode, it was a really fun ride. It reminds me all of those mindless episodes Kimi to Boku had. Sadly with 4 episodes to go, I have a feeling I won't be seeing a Yuta x Takahashi episode this season. The preview suggests that they'll be graduating? OR they're going to be 3rd years. Either way, it looks like it'll be another Chizuru x Masaki episode.